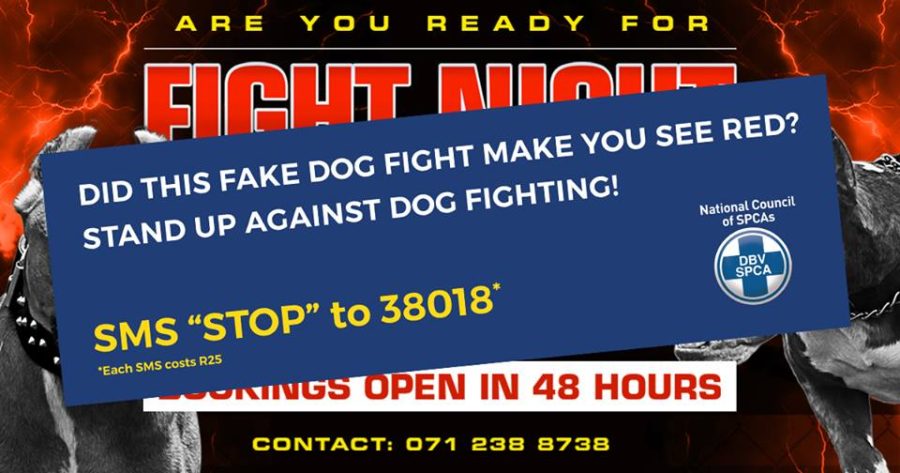 Residents were outraged when they saw a travelling A-frame trailer poster promoting a dog fight. The trailer was parked at prominent traffic hot spots around Johannesburg, advertising a pit bull tournament where one could call for bookings or visit a website for more information. The SPCA announced the advertisement was part of a campaign to curb dog fighting.

The advertisement spread like wildfire on social media, with scores of users expressing anger. By mid-afternoon, the SPCA let the cat out of the bag. The poster formed part of a media campaign to highlight the crime of dog fighting in South Africa.

The SPCA apologised for alarming the public but thanked people for their passionate response to the ad.