Motorists traveling to/from Johannesburg on the M1 highway will have to brace themselves for massive traffic delays as extensive road maintenance will start in February 2016.

Construction has already begun on the M1 and bridges from Killarney and Crown Interchange, but from 27 February 2016, you should expect lane restrictions and closures. This will have a significant impact on travel time, if you use the M1 highway. Construction should be completed in 2017.

Phase 3:
13 August 2015 to 31 December 2016
Northbound and southbound carriageways reduced to two lanes per direction.
Oxford Road off ramp from the M1 travelling northbound to be closed. 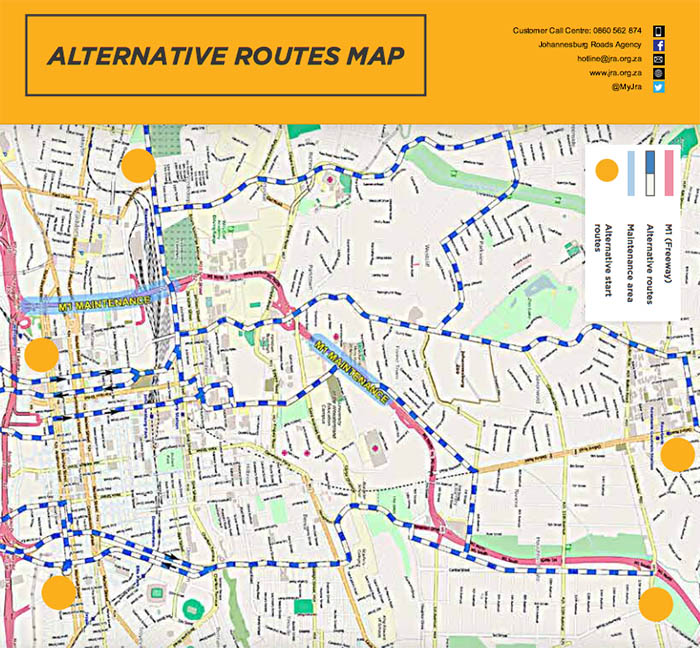