Plastic View to be relocated

The consensus among those who attended the public participation meeting, held at Featherwood Estate on Friday, was that moving the informal settlement would create similar problems. Residents of the Pretoria east suburbs of Woodlands, Garsfontein, Moreleta Park and Mooikloof, expressed concerns about the proposed relocation.

The Plastic View land was put up for auction earlier this year. However, the City of Tshwane was prevented from selling it due to a last-minute high court interdict. Human Rights Attorneys successfully obtained the order to stop the auction, on behalf of residents from the informal settlement. The Plastic View land was the most expensive and biggest of the properties the city intended to sell at its inaugural auction in March.

Tshwane mayoral spokesman Blessing Manale said they were confident they would make enough progress on the development in the coming two months, pending the completion of the environmental impact study. Mr Manale also said that they are trying to create a transitional township rather than having people living in a crime-infested area like Plastic View. He said that the sale of the current Plastic View property is part of the city’s ongoing land release programme, which involves properties not required for service delivery purposes. Money raised through the sales will fund provision of housing and basic services. 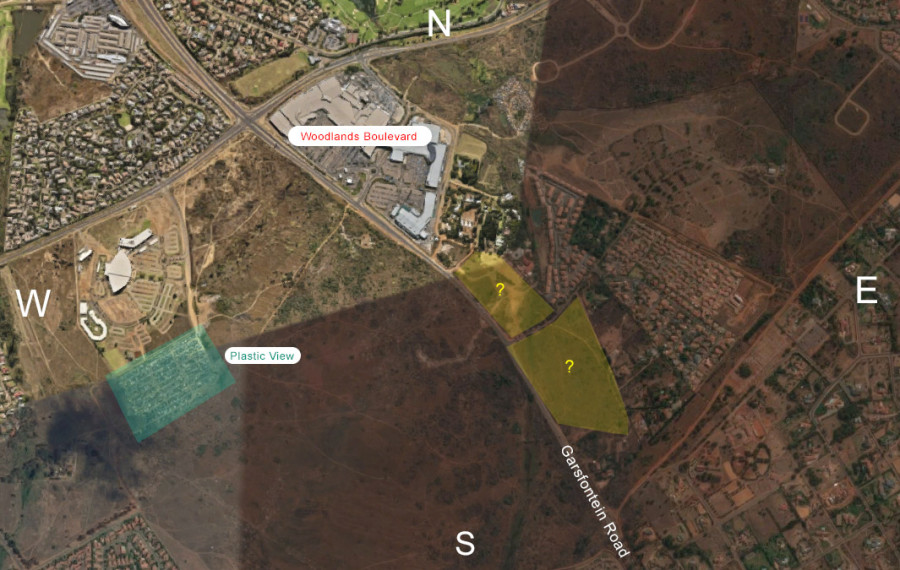