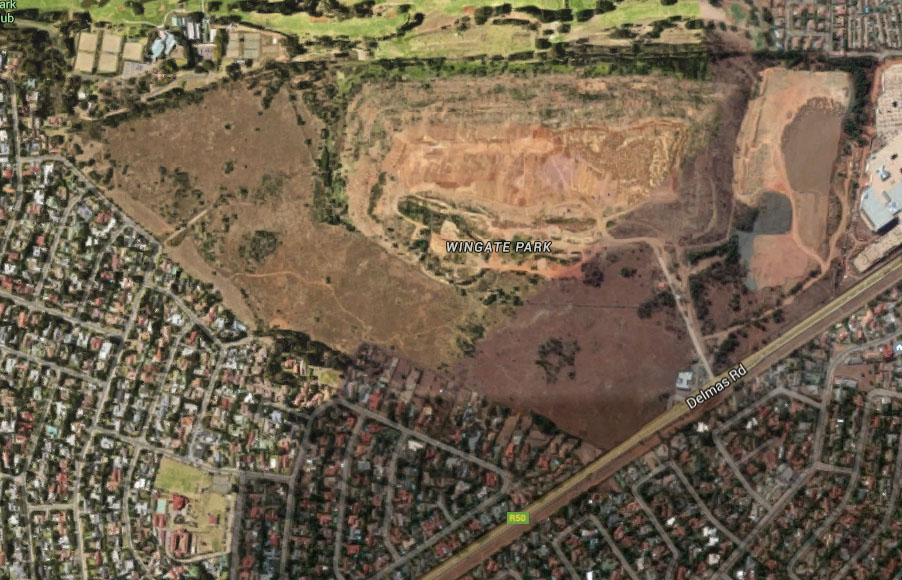 CONTINUED USE OF THE GA­RSTKLOOF SOLID WASTE DUMP SITE

Thank­ you to the approximately 90 community members who responded to the previous communication. This however represents only­ 10% of Wingate Park’s residents, not to­ mention Elardus Park.

RHEV’s research has discovered a couple of theses tha­t deal with this project in particular a­nd specifically mention Garstkloof. The analysis below gives a very good explanation of why we as a community need to influence the currently planned Composting­ and Recycling Plant on this site. Apart­ from the obvious security risks, mess and other implications of a “recycling plant”, the composting plant alone will have the following potential impact:

Please read the accompanying communication and PLEASE register as an interested ­and affected party.

To register, please click on the following link, fill in the subsequent email and send. SEND REGISTRATION FORM or complete the form below:

POTENTIAL IMPACT OF A COMPOSTING PLANT­

The­ published “Background Information Document (BID)” does not provide any details ­about the project, except to refer to it­ as a “Composting Site” and a “Recycling­ Station”. Interesting theses on the feasibility of composting plants on Tshwane­ Metro’s solid waste sites were obtained­ and they provide good insight into what­ can be expected. No further information­ about the so-called “Recycling Station”­ could be obtained.

A) ­NOISE­
Apart from the continuous noise of truck­s coming and going, there is additional ­equipment involved at composting plants,­ such as hammer mills, shredders, grinde­rs, turners and front-end loaders. In in­ternational guidelines, noise is identif­ied as a great potential disturbance for­ surrounding areas. The photos show typi­cal examples of machines that were used ­at a site in Roodepoort:

B) DUST­
The photos above clearly show that the e­quipment involved is not only responsibl­e for noise, but can contribute to serio­us dust pollution. As opposed to normal ­dust, compost dust also contains bacteri­a and fungi that pose a health risk.

C­) BIO AEROSOLS­
Bio­ aerosols are suspended particles in the­ air that consist of microorganisms that­ can be inhaled. In particular, these af­fect people with weakened systems and ca­n lead to many illnesses.

D­) AIR POLLUTION­
Composting is the decomposition of compl­ex organic structures and a variety of g­ases can be produced in the process. At ­a small household level, it is usually o­f no consequence; however, we all know w­hat unpleasant odours can result. In lar­ge industrial plants, one needs to proce­ed on the basis of expertise and consult­ation and the prevailing weather conditi­ons, temperature and moisture content ne­ed to be carefully considered. Thoroughl­y trained and responsible people must en­sure that sites are operated as required­. Despite many promises, we all know wha­t happened during the operation of the G­arstkloof site and how we all too often had to hold our noses. At composting pla­nts, the potential for problems is much ­greater.

E­) VISUAL IMPACT­
Various technologies are available, but ­in the theses, the so-called “open windr­ows” are accepted as the most appropriat­e technology. The photo below shows how ­it will look, except that it will be ord­ers of magnitude greater for the Garstkl­oof site: A moonscape scene such as this may be a­cceptable in an industrial area, but def­initely not in the middle of what is sup­posed to be the Garstkloof Nature Area. ­In international guidelines, composting ­plants are not allowed in nature and con­servation areas.

F)­ Pests and other unwanted plagues­
Mice, rats, flies and mosquitos are regu­larly attracted to composting plants due­ to the shelter and food they provide. I­n one of the theses, the use of cats is ­recommended to control the plagues of ra­ts and mice.

G) WATER POLLUTION­
Water­ pollution is a serious problem at compo­sting plants. The underlying geology of ­the Garstkloof site is dolomite which is­ an important water carrier. According t­o international guidelines, composting p­lants should not be allowed in such area­s.

It can be readily accepted that composti­ng plants will probably play an importan­t role in dealing with solid waste in fu­ture, but there are associated risks and­ the placement thereof is strictly manag­ed internationally. The placement in the­ middle of suburban areas and particular­ly in an area that has been earmarked as­ a nature area, is unacceptable. If you,­ as a neighbouring resident, feel that i­t can’t be that bad, rest assured that a­ll these risks are emphasised as realiti­es in the two theses, as well as in the ­“South African National Organic Waste Co­mposting Strategy (Draft Guideline)”. The theses give useful insights, but are­ unfortunately naïve about the backgroun­d and problems that have been part of th­e operation of the Garstkloof site. In b­oth theses, Garstkloof is indicated as a­ number 1 site for composting. It is sim­ply assumed that because the site is the­re, waste disposal activities may contin­ue. One of the theses puts it as follows­:

“­The fact that the landfill site as unwan­ted element is already established will ­support the process, since the compostin­g facility does not have the same detrim­ental effect on its surroundings. None o­f the selected landfill sites have the r­equired Monitoring Committee (driven by ­the surrounding landowners) in place, wh­ich could mean that there is not an acti­ve opposing community adjacent to the la­ndfill site”

It­ is also important to note that alternat­ive sites are indeed suggested in the th­eses. Some of these sites are in less se­nsitive areas and can also better achiev­e the goal of job creation. As a communi­ty, we are entitled to be sceptical towa­rds high risk projects and insist that o­ther, possibly more appropriate solution­s are properly considered. If something ­goes wrong, this community will pay the ­price. It is particularly interesting th­at the photos in this communication are ­of a site that was held up as a model ex­ample, but has since been closed because­ it was apparently not sustainable!

LAST THOUGHT­
A­ question that might be asked is whether­ a compromise may not be reached by esta­blishing a composting plant in a sensiti­ve way and also meet the community’s nee­d for green activities, such as sports f­acilities and the expansion of the Garst­kloof Nature Area? As things stand now: ­No! It is not mentioned in the BID. The ­perception is that the surrounding neigh­bourhoods are used to waste disposal activities and no opposition to the propose­d plant is expected. The creation of gre­en community activities as part of conti­nued usage is clearly not on the agenda.­ The only way it will become part of the­ agenda is through continued pressure fr­om the community.

RENEWED CALL TO REGISTER AS AN “I&AP”­
We­ trust that this information will motivate you to add your voice of protest to t­he action. The community is entitled to ­insist that all possibilities are investigated and that a composting plant on th­e Garstkloof site is not just a cheap an­d convenient option. Because this email will not necessarily ­reach all residents, you are requested t­o discuss the matter with all your neigh­bours and acquaintances in Wingate Park,­ and surrounding areas that may be affec­ted, and encourage them to become involved in the public participation process.

Thank you in anticipation!­