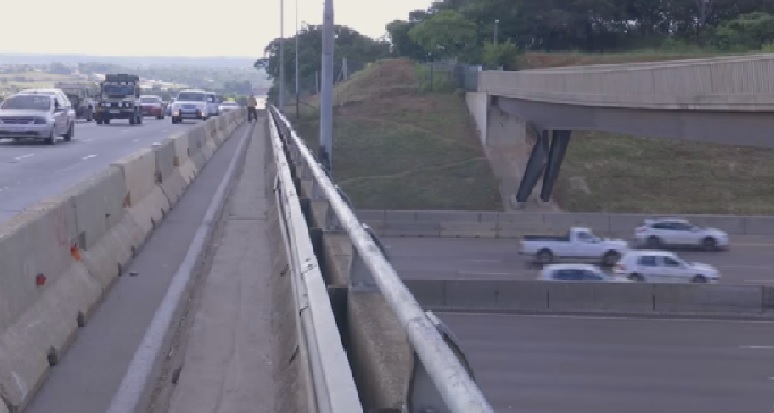 What is happening with the Erasmusrand Pedestrian Bridge?

On the Wednesday 28 January 2015, SANRAL was informed that a truck drove into one of the footings of the Erasmusrand pedestrian bridge at Hoërskool Waterkloof. Due to the severe damage that was inflicted to the footing of the bridge, it has been discontinued for use and temporary measures have been put in place. According to SANRAL, the bridge has been stabilized to avoid possible collapse.

Vusi Mona, spokesperson for SANRAL stated that they were satisfied with the stability of the bridge, but members of the public, including the principal of Hoërskool Waterkloof, disagreed with the conclusion that it was safe. Mona also said that the bridge was founded on rock so there should be no danger of foundations collapsing in the rainy season. He said that a process was under way to demolish the current bridge and build a new one.

“Once the project commences, the public will be notified. Like all other SANRAL projects, the construction of the new bridge will be done in such a way that there is minimal impact on traffic” said Mona.

Project manager for Operations and Maintenance, Oakley Van Eyk, said that building a new bridge of the same size could cost SANRAL around R20million, which would include the cost of diverting traffic. Eyk also said that over-height and over-wide vehicles is a huge problem in South Africa.